The specific objective of the Field Study was to develop hypotheses on the unique insights that a thing-centered perspective provides to the design process, and thus contribute to the development of an integrated methodology for identifying the practical use and instrumentation of objects within a specific context.

We focused our attentions on a small set of routine daily practices – tea and coffee making practices – and drew on qualitative approaches to elicit and document patterns of use and value. This approach required triangulation among three different qualitative methods: sensitization booklets, interviews, and image capture with Autographers placed on key objects. The Field Studies were conducted by the Delft University of Technology. Its preliminary results are promising and have already provided critical insights into methods, emerging hypotheses, and theoretical analyses.

The purpose of the sensitization booklets was to collect background data that would be used to inform the Open Instrumentation (link) phase of research, in which ten test subjects received three ordinary objects (kettle, cup, refrigerator magnet) that were instrumented with sensors. The sensitization booklet asked respondents to self-report a particular set of behaviors and the objects they use in those behaviors.

The specific concern of the sensitization booklets was to identify which objects were used, how, under what circumstances, why, the other objects and practices in which they come into relationship, and the nature of those relationships. The booklet included open-ended and closed questions about participants’ use of their kettles, cups and refrigerators (e.g., brand/model, preferences, frequency of use, personal use history, etc). In order to document how usage behaviors existed in time and space, with particular attention to how objects and users moved through spaces, we asked participants to draw journey maps for each product and each behavior (e.g., map the movements of your behavior with the kettle, map the movements of a cup throughout the day, etc.).

The purposes of these interviews were (a) to focus more specifically and elaborate more fully on particular aspects of the objects and practices addressed in the sensitization booklets, and (b) to situate the data gathered through the sensitization booklets in deeper sociocultural context. Of particular concern was to ask respondents to address the motivations, beliefs, and values that inform their behaviors and the objects they use in these behaviors. These data help us identify gaps, contradictions, and unanticipated opportunities, and ultimately initiate critical inquiry into issues of generality and specificity, routine patterns and deviations from norms, and feasibility of the methods more generally.

The third method used for the Field Study was the use of logging devices called Autographers (http://www.autographer.com/) to capture visual data about objects, specifically the behavioral patterns, temporal routines, and spatial movements of objects and their users. Autographers are small cameras that are clipped to a person or object and automatically take pictures when prompted by one of the sensors embedded into them. The autographer data provide time-lapse details that can be accumulated into a visual narrative of events and objects. Because pictures are taken automatically from the perspective of the thing/person wearing the autographer, it is a more objective and neutral recording of events and perspectives than those made by photographs actively and deliberately taken by a research subject or the researcher. This visual narrative can then be used to confirm, contradict, or complicate the data gathered through sensitization booklets, interviews, or observations alone.

Data collected from the Autographers provided detailed information about use patterns of particular objects and their trajectories throughout space (in this case, food preparation and consumption spaces), as well as supplemental data on parallel activities and objects that had not been previously captured in the sensitization booklets or interviews.

Data collected from the Autographers are currently being transformed into a thing-driven narrative format for a more in-depth analysis. 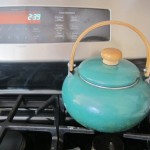 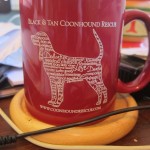